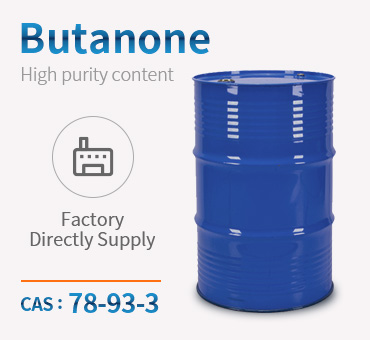 Methyl ethyl ketone (MEK) is a colorless liquid with an odor that has been described as moderately sharp, fragrant, peppermint, or acetone like. It soluble in water up to 28% by weight and is miscible with many other organic solvents. The lower explosive limit is 1.4% and the upper explosive limit is 11.4%. Methyl ethyl ketone may be incompatible with strong oxidizers, amines, ammonia, inorganic acids, caustics, isocyanates, and pyridines. When used industrially, methyl ethyl ketone must be handled with caution, as it is a Class lB flammable liquid NIOSH

Methyl ethyl ketone (2-butanone, ethyl methyl ketone, methyl acetone) is an organic solvent of relatively low toxicity, which is found in many applications. It is used in industrial and commercial products as a solvent for adhesives, paints, and cleaning agents and as a de-waxing solvent. A natural component of some foods, methyl ethyl ketone can be released into the environment by volcanoes and forest fires.It is used in themanufacture of smokeless powder and colorless synthetic resins, as a solvent, and insurface coating. It is also used as a flavoringsubstance in food.

MEK is used as a solvent for various coating systems, for example, vinyl, adhesives, nitrocellulose, and acrylic coatings. It is used in paint removers, lacquers, varnishes, spray paints, sealers, glues, magnetic tapes, printing inks, resins, rosins, cleaning solutions, and for polymerization. It is found in other consumer products, for example, household and hobby cements, and wood-filling products. MEK is used in dewaxing lubricating oils, the degreasing of metals, in the production of synthetic leathers, transparent paper and aluminum foil, and as a chemical intermediate and catalyst. It is an extraction solvent in the processing of foodstuffs and food ingredients. MEK can also be used to sterilize surgical and dental equipment.
In addition to its manufacture, environmental sources of MEK include exhaust from jet and internal combustion engines, and industrial activities such as gasification of coal. It is found in substantial amounts in tobacco smoke. MEK is produced biologically and has been identified as a product of microbial metabolism. It has also been found in plants, insect pheromones, and animal tissues, and MEK is probably a minor product of normal mammalian metabolism. It is stable under ordinary conditions but can form peroxides on prolonged storage; these may be explosive.