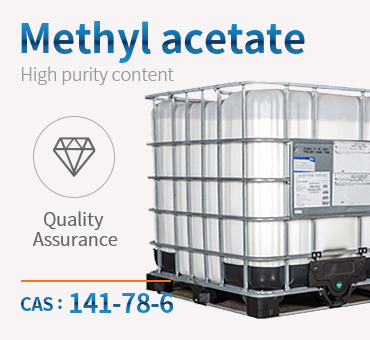 Ethyl acetate (structure shown above) is the most familiar ester to many chemistry students and possibly the ester with the widest range of uses. Esters are structurally derived from carboxylic acids by replacing the acidic hydrogen by an alkyl or aryl group. Ethyl acetate itself is a colourless liquid at room temperature with a pleasant “fruity” smell, b.p. 77°C.

Ethyl acetate has many uses, such as artificial fruit essences and aroma enhancers, artificial flavours for confectionery, ice cream and cakes, as a solvent in many applications (including decaffeinating tea and coffee) for varnishes and paints (nail varnish remover), and for the manufacture of printing inks and perfumes.

Ethyl acetate is used primarily as a solvent and diluent, being favored because of its low cost, low toxicity, and agreeable odor. For example, it is commonly used to clean circuit boards and in some nail varnish removers (acetone and acetonitrile are also used). Coffee beans and tea leaves are decaffeinated with this solvent.It is also used in paints as an activator or hardener.[citation needed] Ethyl acetate is present in confectionery, perfumes, and fruits. In perfumes, it evaporates quickly, leaving only the scent of the perfume on the skin.
3 – 1 – Laboratory uses
In the laboratory, mixtures containing ethyl acetate are commonly used in column chromatography and extractions. Ethyl acetate is rarely selected as a reaction solvent because it is prone to hydrolysis and trans esterification.
3 – 2 – Occurrence in wines
Ethyl acetate is the most common ester in wine, being the product of the most common volatile organic acid — acetic acid, and the ethyl alcohol generated during the fermentation. The aroma of ethyl acetate is most vivid in younger wines and contributes towards the general perception of “fruitiness” in the wine.
3 – 3 – Entomological killing agent
In the field of entomology, ethyl acetate is an effective asphyxiant for use in insect collecting and study. In a killing jar charged with ethyl acetate, the vapors will kill the collected (usually adult) insect quickly without destroying it. Because it is not hygroscopic, ethyl acetate also keeps the insect soft enough to allow proper mounting suitable for a collection.