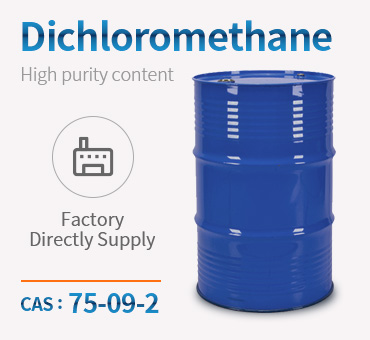 Methylene chloride reacts strongly with active metals such as potassium, sodium, and lithium, and strong bases, for instance, potassium tert-butoxide. However, the compound is incompatible with strong caustics, strong oxidizers, and metals that are chemically active such as magnesium and aluminum powders.
It is noteworthy that methylene chloride can attack some forms of coatings, plastic, and rubber. In addition, dichloromethane reacts with liquid oxygen, sodium-potassium alloy, and nitrogen tetroxide. When the compound comes into contact with water, it corrodes some stainless steels, nickel, copper as well as iron.
When exposed to heat or water, dichloromethane becomes very sensitive as it is subjected to hydrolysis that is hastened by light. Under normal conditions, solutions of DCM such as acetone or ethanol should be stable for 24 hours.
Methylene chloride does not react with alkali metals, zinc, amines, magnesium, as well as alloys of zinc and aluminum. When mixed with nitric acid or dinitrogen pentoxide, the compound can vigorously explode. Methylene chloride is flammable when mixed with methanol vapor in the air.
Since the compound can explode, it is important to avoid certain conditions such as sparks, hot surfaces, open flames, heat, static discharge, and other ignition sources.

House Hold Uses
The compound is used in bathtub refurbishing. Dichloromethane is highly used industrially in the production of pharmaceuticals, strippers, and process solvents.
Industrial and Manufacturing Uses
DCM is a solvent that is found in varnish and paint strippers, which are often used to remove varnish or paint coatings from various surfaces. As a solvent in the pharmaceutical industry, DCM is used for the preparation of cephalosporin and ampicillin.
Food and Beverage Manufacturing
It is also used in manufacturing beverage and food manufacturing as an extraction solvent. For instance, DCM can be used to decaffeinate unroasted coffee beans as well as tea leaves. The compound is also used in creating hops extract for beer, beverages and other flavoring for foods, as well as in processing spices.
Transportation Industry
DCM is normally used in the degreasing of metal parts and surfaces, such as railroad equipment and tracks as well as airplane components. It can also be used in degreasing and lubricating products utilized in automotive products, for instance, removal of the gasket and for preparing metal parts for a new gasket.
Experts in automotive commonly use vapor dichloromethane degreasing process to for the removal of grease and oils from car parts of car transistor, spacecraft assemblies, aircraft components, and diesel motors. Today, specialists are able to safely and quickly clean transportation systems using degreasing techniques that depend on methylene chloride.
Medical Industry
Dichloromethane is used in laboratories in the extraction of chemicals from foods or plants for medicines such as antibiotics, steroids, and vitamins. In addition, medical equipment can be efficiently and quickly cleaned using dichloromethane cleaners while avoiding damage to heat-sensitive parts and corrosion problems.
Photographic Films
Methylene chloride is used as a solvent in the production of cellulose triacetate (CTA), which is applied in the creation of safety films in photography. When dissolved in DCM, CTA begins to evaporate as the fibre of acetate remains behind.
Electronic Industry
Methylene chloride is used in the production of printed circuit boards in the electronic industry. DCM is utilized to degrease the foil surface of the substrate before the photoresist layer is added to the board.