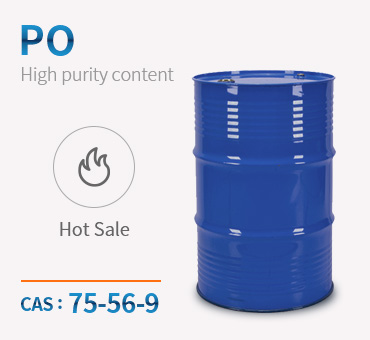 Propylene oxide is soluble in water and miscible with most organic solvents. It is found to be an excellent low-boiling solvent for cellulose acetate, nitrocellulose, adhesive compositions and vinyl chloride-acetate resins. It is also a solvent for hydrocarbons, gums and shellac. Some of its uses are as a solvent and stabilizer in DDT aerosol-type insecticides, and as a fumigant and food preservative. Since it is an acid acceptor, it is also used as a stabilizer for vinyl chloride resins and other chlorinated systems.

It can be used as a dehydrating agent for the preparation of slides in electron microscopy. Occupational dermatitis was also reported while using a skin disinfectant swab.

Propylene oxide is used as a fumigant forfoodstuffs; as a stabilizer for fuels, heat-ing oils, and chlorinated hydrocarbons; asa fuel–air explosive in munitions; and toenhance the decay resistance of wood andparticleboard (Mallari et al. 1989). Recentstudies indicate that the fumigant potentialof propylene oxide enhances at a low pres-sure of 100 mm Hg which could render it asan alternative to methyl bromide for rapiddisinfection of commodities